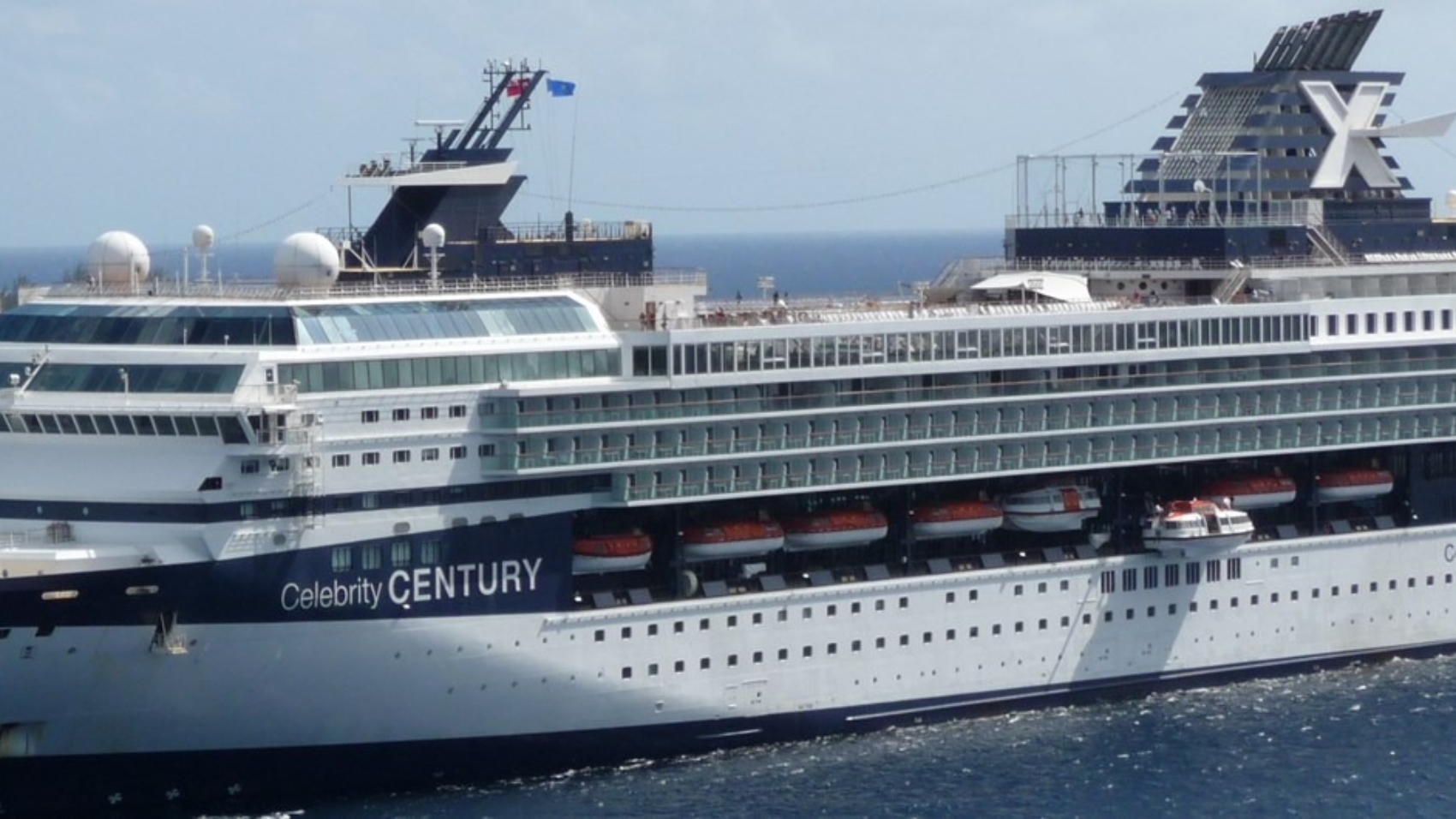 by Vicky Wells
with no comment
EuropeGeezers In GearSpainTravel and Leisure

After checking with a few people at the front desk at our hotel in Barcelona, we determined, I think, that we can take the subway (which is just a couple of blocks from our hotel) to the cruise port.

So, that’s exactly what we did.

With a little help from a local person at the subway station, we found which way we needed to go and what station we needed to get off at.

We figured we had it all covered. Well – almost.

So, Where’s the Ship?

We got off the subway and began to look around to see if we could determine where we should go.

We could see the ocean – that’s a plus – but the port is pretty big and we didn’t want to charge off in the wrong direction.

We followed some people who seemed to know where they were going and were heading towards the port. Also, we could see shuttle busses for the MSC cruise line – the cruise line that we had taken for the Greek Island cruise.

He pulled out a map of the port and showed us which way to go. It didn’t look very far so we headed off.

After what seemed like quite a long walk, we stopped at a ferry office and asked again about Celebrity.

In very broken English a gentleman said we were headed in the right direction but it was probably about 3 or 4 kilometers more. YIKES!

He suggested we catch the local port bus and pointed it out to us. But in our infinite wisdom we were sure it couldn’t be that much farther.

We should have listened.

But, we didn’t, so we continued walking and getting all kinds of exercise. Fortunately, it was a pleasant day for a walk.

We finally got to the bridge that would take us to where Celebrity was supposed to dock. That’s right, we had to walk over a rather large bridge – meaning uphill the first half of the way.

But, we did it and got to where the Celebrity Century was SUPPOSED to be.

But, they were taking bags and checking people in and we were assured we were at the right place.

We gladly gave them our backpacks and headed into the terminal to check in.

The reason the ship wasn’t at the dock was because it was late. It wouldn’t be there until at least 4:00pm (the time we were supposed to leave).

After checking in, by way of apology because the ship was late, they told us that they would give each passenger a $25 onboard credit.

In addition to that, they had shuttle busses taking those who wanted to go into downtown Barcelona. The busses would be running until 4:00pm.

As it was only about noon, we decided to take advantage of the shuttle bus as we had not explored the downtown area.

We walked around a bit (like we needed more walking – but it was much easier without our backpacks) and stopped into a sub shop to have a tuna sub for lunch.

If you’ve ever been on a cruise you know that the board process can be – well – slow and boring.

When you check in you get a boarding group number and you have to wait until that is called to be able to board.

Because we were, for all intents and purposes, in the “cheap seats”, we were among the last to board. We just had to sit around waiting for them to call our number.

When we were finally called the boarding process was fairly smooth and we were greeted by several officers and a terrific cruise director (more about her later), in addition to a welcoming glass of champagne.

Thanks for the Upgrade

One thing everyone should know about booking a cruise is – don’t pick a specific stateroom, just pick a guaranteed category. If you do that you’re much more likely to get an automatic upgrade.

That’s exactly what happened to us.

We picked the cheapest category. We should have been in the bowels of the ship – but we ended up on the Penthouse deck! Now, it was still an inside cabin. You’ll probably never get an upgrade from an inside to an balcony cabin, but it was still great to get the upgrade that we did.

The stateroom was very roomy and comfortable.

We had selected late seating because the early seating just seemed way to early for us.

We were at a table for eight and we were the only ones there. We were hoping that the rest of the guests were just too tired for the late seating.

We had a wonderful first dinner, even though it was kind of lonely. I had Coq Au Vin and Geoff had a Braised Lamb Shank that I swear could have fed two or three people.