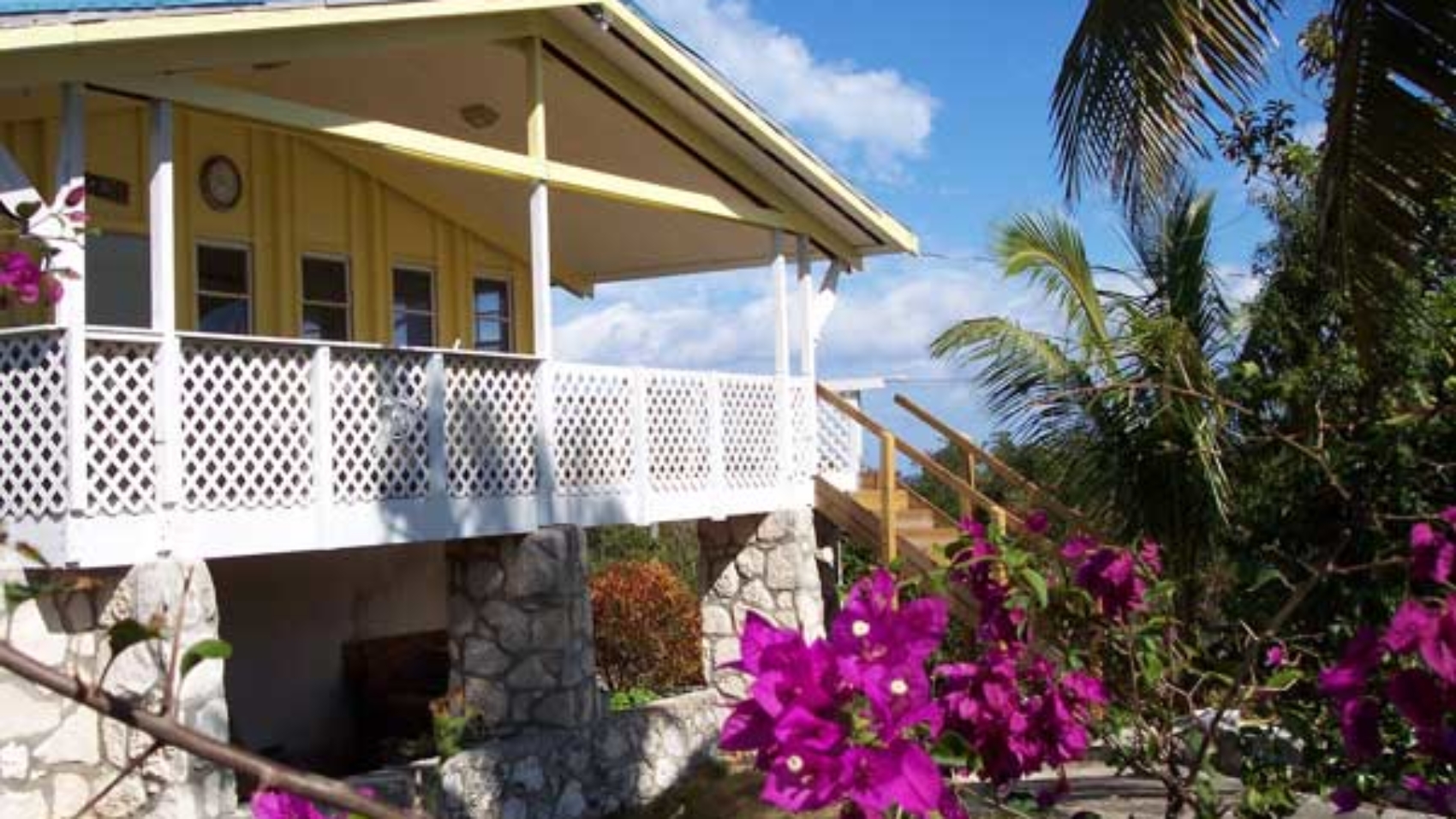 Our slogan is “Because you’re never too old”, but the reality is we know that, at some point, we are going to prefer sitting and rocking on the front porch to skiing down a black diamond hill. Actually prefer is not the right word but now that just getting up off the couch is accompanied by numerous grunts and groans it seems inevitable that we will have to find enjoyment in less physical activities.

We have lived and worked most of the past ten years on the small island of Eleuthera in the Bahamas. Our house is not grand but it is on top of a hill in the middle of the island which gives us spectacular views of both the Atlantic and Caribbean oceans. We had a lot of plans for this house but they will take time to realize and time is the thing we are most short of.

We had to make a very difficult decision and choose between staying in paradise or exploring the rest of the world. It’s a big world and we just can’t do both so we decided to sell our house and set out on a new adventure.

We have already been to almost every state and province in the US and Canada plus most islands in the Caribbean. We’ve done Mexico, and a little bit of South America but hardly anything in Europe. So that will be the focus for the next few years.

We plan to get a motorcycle (trike), a trailer camper and travel from place to place, blogging as we go.

We write this having just listed our house for sale. With the world’s economy in the dumper this is not a good time to sell but we have priced it so aggressively we hope it will sell quickly.

If you or someone you know has a dream of owning a home in a tropical paradise check out our home in Eleuthera.

Here we are, updating this post almost NINE years later and a lot has happened over those nine years.

The plan to sell our home in Eleuthera, buy a motorcycle and travel around Europe never materialized. But, that doesn’t mean there haven’t been adventures – and a lot of them.

We still own our home in Eleuthera and come here every winter now.

We also own a home in Schreiber, Ontario, Canada and spend part of each year there, too.

There are still adventures that we have not yet blogged about but plan to soon.

For example, in May/June of 2018 we took a TransAtlantic cruise from San Juan, Puerto Rico to Rome and spent some time in Lisbon, Portugal before returning home to Canada.

More Adventures in the Works

We will not only be updating our blog to include adventures already taken, we have many more adventures in the works.

Fall 2019 in the UK, Scotland and Denmark, plus a TransAtlantic cruise from Copenhagen to New Orleans before ending up back in Eleuthera for the winter of 2019/2020.

We’ll also be telling you how we’re able to travel as much as we do even though we are now seniors living on a fixed income.