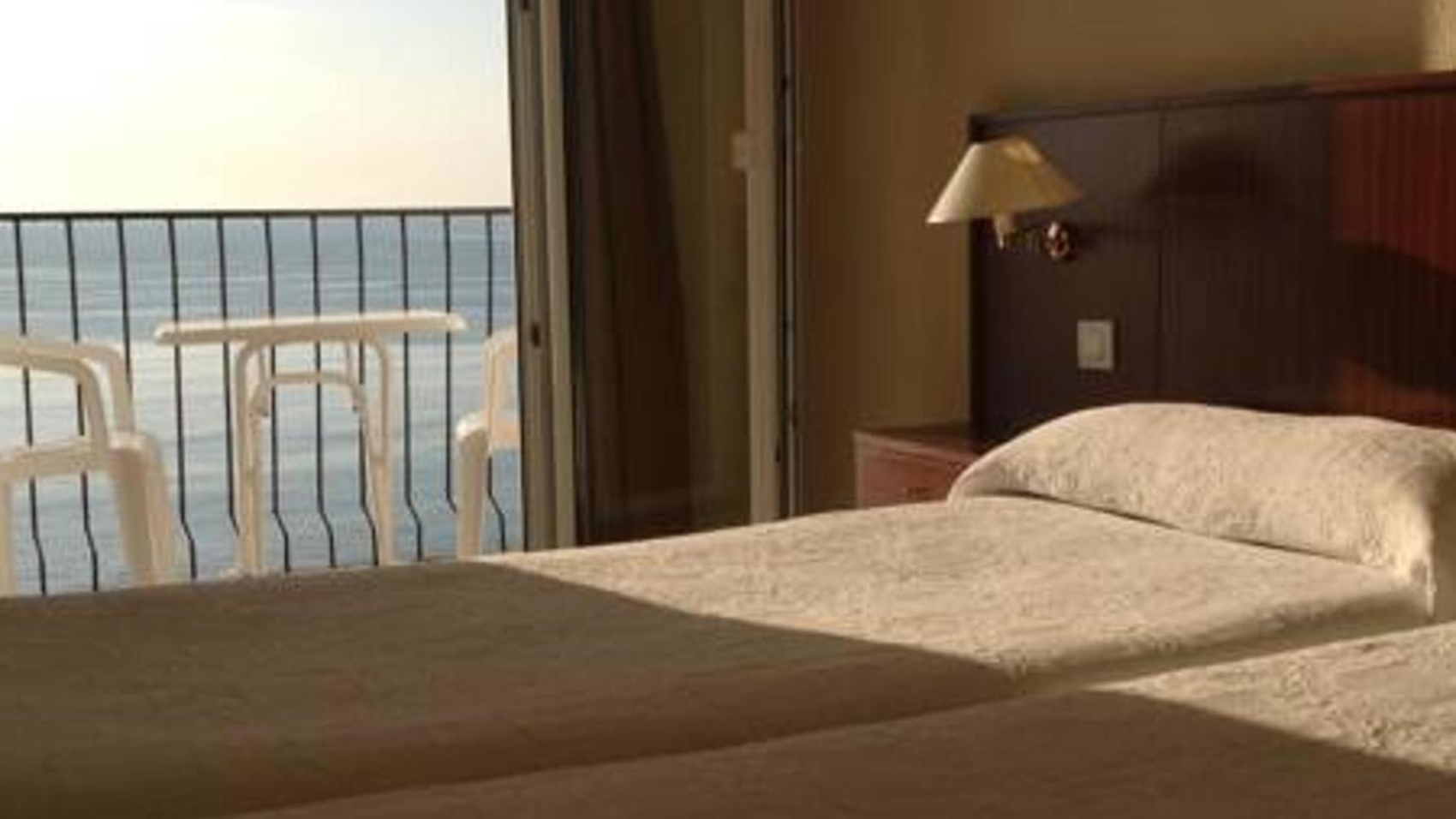 Photo Credit: This photo is from the San Miguel Hotel’s website. This is the exact view we had!

This is the day we have to say goodbye to our good friends and traveling companions, T & E.

E has graciously offered to drive us to Bristol airport so we can catch our plane to Spain, even though it is almost a four hour drive for her – two hours each way!

We have enjoyed the time spent with these friends both at their home in Wales and traveling with them on the narrowboat and throughout Italy, Greece and Croatia.

Although goodbyes are always difficult, it’s always good to get back to your normal routine and way of life. Thanks, T & E!

This time we chose EasyJet to fly with. We had booked the flight before we flew with RyanAir. After the pleasant experience with RyanAir, we may have chosen them again, but at the time we were booking, we had not heard very good things about RyanAir.

Truly, I don’t know if they would have been any cheaper. When you have to travel on a specific day, the super-cheap flights may not be available.

Also, this was a one-way booking, not return, and that often makes a big difference, too.

No point in speculating. We chose EasyJet and the flight was on time and comfortable.

I had checked, quite a while in advance, about buses available from Alicante airport to Dénia and thought, given when we were arriving in Spain, that we would have two or three choices of times.

As it turned out, the bus we were planning to take had summer and winter hours and we were now in the winter season. So the choices became more limited.

We found the stop for the ALSA bus to Benidorm, where we could make connections to Dénia. It was about 7:40pm and, in the summer, there would have been a bus at 8:00pm, however, the next bus in this season was 9:00pm – a wait of 1 hour and 20 minutes.

Okay, well, I also thought that the last bus from Benidorm to Dénia was at 11:00pm – stay tuned, I was about to be proved wrong.

Our Own Personal Travel Guide

There was another person waiting at the ALSA bus stop who was traveling to Benidorm.

As it turned out, Jan had lived in Spain for the last seven years as a travel guide for the Costa Blanca area, and had only recently returned to England.

She was back to visit a friend in Benidorm.

She was also surprised that there was no bus to Benidorm at 8:00pm and told us there were other options.

She said we could take a local bus to the train station in Alicante and from there we could get a train to Benidorm and then on to Dénia.

Just after she said that, the local bus arrived and we all, Jan included, made the decision to head for the train rather than wait well over an hour for the bus.

No Train to Dénia?

When we were getting our trains tickets, our new friend, who spoke Spanish, asked for tickets to Dénia for us and the ticket agent just shook his head – not a good sign.

Jan was certain that there would be a train from Benidorm to Dénia and so we bought tickets to Benidorm.

During the trip from Alicante to Benidorm, Jan was in touch by cellphone with her friend in Benidorm who checked about the train to Dénia, as well as the bus, just in case.

The news was not good.

The last train to Dénia was at 8:00pm, so that was totally out.

The last bus was at 10:00pm and the train we were on was arriving at 9:53pm – not enough time to get from the train station to the bus station.

We opted to continue on to Altea and hugged Jan goodbye and hopped on the train which was about to leave.

When we arrived in Altea we felt kind of lost. The train conductor tried to direct us to the local police who he thought might be able to help us. There were no taxis at the train station (well, actually, just a train stop, not really a station).

We weren’t able to find the police station and walked down the main street a bit and stopped outside a cafe that was still open – everything else seemed closed.

A gentleman who was just leaving the cafe asked us, in perfect English, if we needed help.

We explained our situation and he said he knew of a inexpensive hostel where we could get a room for the night.

Well, that sounded pretty good to us and he started to give us walking directions. Well, we were exhausted and didn’t relish the idea of lugging our backpacks even further than we already had. He offered to call us a cab saying it wouldn’t cost much as it wasn’t very far. We accepted his offer and the cab arrived very quickly.

We arrived at the Hotel San Miguel in just a few minutes after a cab ride that cost us only €6.00.

Before checking in we asked the price of the room and were told it was €36.00. That seemed really reasonable, so we checked in and were shown to our room.

It was basic but clean and had its own bathroom. As we had been told this was a hostel, we had expected just a bed with a communal bathroom, but this place was great. It even had a small balcony.

It was certainly time to grab something to eat. We had a wonderful breakfast with T & E this morning, but since then the only thing we’d had to eat was a chocolate bar.

After dropping our bags in our room, we headed out into the warm night and wandered past several restaurants.

We chose a Greek restaurant that had a rather extensive and pretty reasonable menu.

We both opted for a Souvlaki dish and ordered a pitcher of beer to wash it down. The meal was fabulous and very filling.

During our travels we have found that a lot of mistakes turn out to be happy accidents and this was one of them.

Would we have made it to Dénia if we had waited for the ALSA bus at 9:00pm? Maybe, maybe not. The connection in Benidorm was not guaranteed.

However, by missing both the last bus and the last train, we got a chance to experience Altea, which is the type of town that we like. Not too touristy, not too big. Even though our stay here will be short, we know we’re going to enjoy it and it is a place that we will remember for a long time.

Back to Hotel San Miguel

Well fed, we returned to our hotel and basically just fell into bed and into a sound sleep.

The only downside to this detour was that we had already paid for the same night’s accommodation at our timeshare in Dénia but even with adding both costs together it still wasn’t too bad, considering.