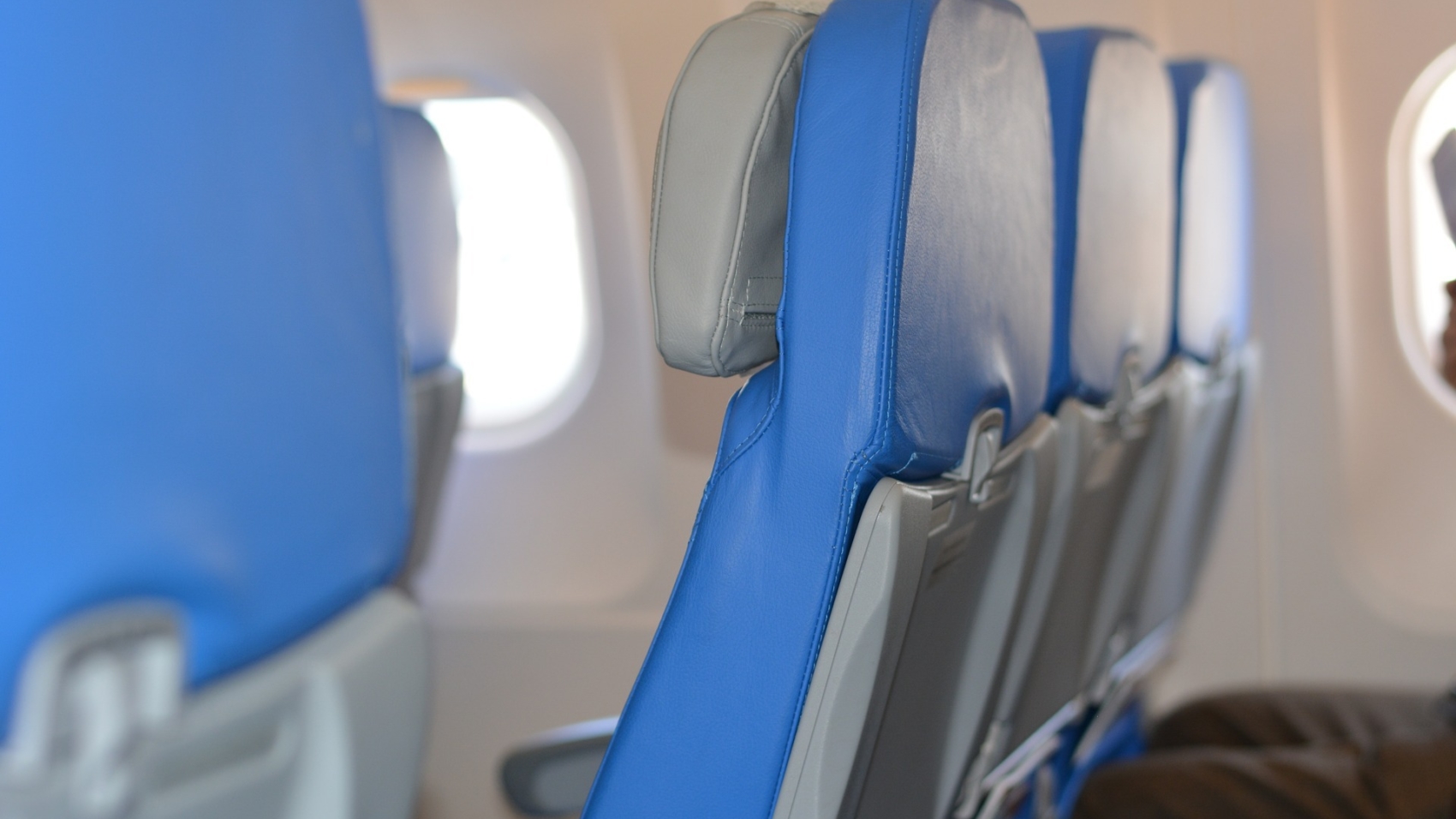 It seems that we didn’t do a great job of keeping notes on this trip. Don’t know why, but it seems like we really dropped the ball.

However, we’ll try to come up with as much information as possible.

In this post we’re going to be getting from our home in Northern Ontario to San Juan, Puerto Rico, in preparation for boarding the cruise ship on May 6th. May 6th will have its own post.

Getting to Thunder Bay on May 3rd

On most of our longer trips, we leave our car at home and take the Greyhound bus into Thunder Bay to catch whatever flight we have booked.

As this trip was only going to be a little over 3 weeks, we looked for an option of taking our car and leaving it somewhere in Thunder Bay while we were gone. That would make it so much more convenient for both getting into Thunder Bay and getting home again.

You see, the Greyhound bus only goes into Thunder Bay once a day and we have to get it at 7:00am! Then we have to get a cab to our hotel – or the airport.

Normally we have to stay overnight in a hotel because the timing is never right. And it wouldn’t be this time either.

Our flight to San Juan (well, the first leg of our flights, anyway) was VERY early. So, had we taken the Greyhound (a morning rush to get to the stop in time), we would have arrived in Thunder Bay about 9:30am, taken a cab to our hotel and then just waited around for our flight the next morning.

After checking what it would cost for us to leave the car at the airport – YIKES! – it was actually cheaper to book a room at a hotel with an airport shuttle AND that would allow you to leave your car while you were away.

As luck would have it, Thunder Bay has a few of those kind of hotels – all near the airport, of course.

We chose to stay at the Valhalla Inn. It’s a hotel we have stayed at before and liked.

Doing things this way allowed us to leave the house at our leisure and arrive at the hotel in late afternoon. Much more convenient.

Our Many Flights to Get to San Juan on May 4

As you can see from the post with our itinerary, we were changing planes A LOT, in order to get to San Juan.

Why, you may ask, would we schedule something like that?

The answer is easy – price.

Most travel days are a write off anyway, so it didn’t matter to us whether we arrived in San Juan at 2:00pm or 10:00pm.

One good thing – we had booked the entire trip with Delta, which meant, if any of the flights were changed, delayed or canceled, it was still up to them to get us to our destination. We booked Thunder Bay to San Juan.

We didn’t start looking for one-way flights to San Juan until AFTER we booked the cruise. Thinking back, this may have been a bit of a mistake.

When we started researching flights it almost put the entire trip in jeopardy. Most of the one-way flights we were coming up with, to get us there a day before the cruise, were running in the $1000 to $1500 range for two of us. That would add a lot of expense to the trip and possibly break the budget.

When we came across a flight on edreams.com for only CDN $345.05 TOTAL – for the BOTH of us – just 2 days before the cruise, we jumped on it. It meant changing planes, a lot, and traveling ALL day, but look at the price difference! Our vacation was SAVED!

It meant that we’d have to get a hotel room for 2 nights, but we were able to find rooms at the Howard Johnson for US $60/night. So this was still WAY CHEAPER than choosing one of the more expensive flights.

Our first flight – Thunder Bay to Toronto – was at 6:15am. That meant stumbling, bleary-eyed, into the hotel’s airport shuttle at 4:00am!

Thunder Bay is not a large airport, so it didn’t take very long to get through security, etc. And, besides, this leg was considered a domestic flight as it only took us to Toronto. So, after we were all checked in and through security we sat and waited for our first of three flights today.

Our next leg took us into the US, so we had to go through security and US customs and immigration at the Toronto airport.

Fortunately, things went pretty smoothly, as we only had a couple of hours to change planes.

Before we knew it, we were winging our way to Atlanta.

In Atlanta, we had more than a 5 hour layover between flights. However, we not only had to change planes, we had to change terminals, so we weren’t too upset about the long layover.

They also had free WiFi at the airport – so we were good.

A Little Rant About the Level of Education Today

I just want to interject a small rant about the level of education we are encountering more and more on our travels – mostly in North America.

For just this bit of our trip, we encountered two examples:

We finally boarded our final flight for the day and arrived in San Juan at about 10:00pm.

After retrieving our luggage we looked for a cab to take us to our hotel.

They have a very specific way of getting you a cab at the San Juan airport. There’s a little roped-off area and you are asked you destination. That gets written down on a form on a little pad of paper. The cost to your destination is then calculated – our cost was $21.

They then summon the next cab in line, had them the little slip of paper and away you go – well – sort of. Our cab driver didn’t seem to know where our hotel was – not exactly, anyway.

The Howard Johnson hotel is actually the top floor of a cardiac hospital in San Juan. A little strange, we know, but it was the best price. And, we weren’t the only people from our cruise that decided to stay at this hotel. Three other families had chosen this one, too.

After a few phone calls and a little extra driving around, our driver found where, at the hospital, he needed to drop us off.

We checked in and basically fell into bed. It had been a long, LONG day.

When we had initially booked the Howard Johnson in San Juan, we thought we’d be a lot closer to Old San Juan than we actually were. We decided that we really didn’t feel like making the effort to get to Old San Juan and would just spend the day relaxing before boarding the cruise ship the next day.

Unfortunately, Vicky woke up with a blocked ear, so the first order of business, after the Continental breakfast, was to find a pharmacy or some place where we could buy a bulb-type syringe so Vicky could squish out her ear.

You’d think we’d learn to always have one of these with us when we travel. The same thing happened when we were in the UK and no one, in any pharmacy, seemed to understand what we needed.

Fortunately, in San Juan, we were able to find an ear wax removal kit, including the bulb, without too much trouble. Problem solved.

One thing we didn’t expect in Puerto Rico was to encounter a language barrier. After all, it’s a US protectorate, right? We just assumed that everyone would speak English.

Well, we shouldn’t have assumed.

Of the people we encountered, even those in hospitality, very few spoke English. While we were expecting to hear a lot of Spanish, we also expected that English would be pervasive. It wasn’t.

Okay, we know it’s a cliché – old people – Denny’s – we get it. But it’s still a great place for a good meal at a reasonable price.

We had found the Denny’s online. It was only a couple of miles from our hotel. That’s an average walk for us. When we mentioned that that was where we were going, the hotel staff said we’d need to get a cab. It was too far to walk.

Well, we saw that as a challenge. So, Google maps in hand, we headed out.

We walked through a couple of nice neighborhoods and along side a small stream and eventually got there. No problem.

We were amazed at how well things seemed to be recovering from Hurricane Maria considering how badly this island had been treated. There was still some evidence of damage but not as much as we expected to see.

On the way back to the hotel, we decided we could find our way using a different route, without using Google maps. Let’s just say we did find our way – eventually.

Hey, it was a bit of an adventure – and we like adventures.

Someone we met along the way suggested a place called Taco Maker for a quick dinner. We like Latin food, so we thought, sure, let’s do that.

Mistake! It was a fast food place and what we got was less than optimal, cold, soggy, not very tasty. We think McDonald’s would have been better and we NEVER go there.

We were sure the food would be much better on the cruise ship, tomorrow.