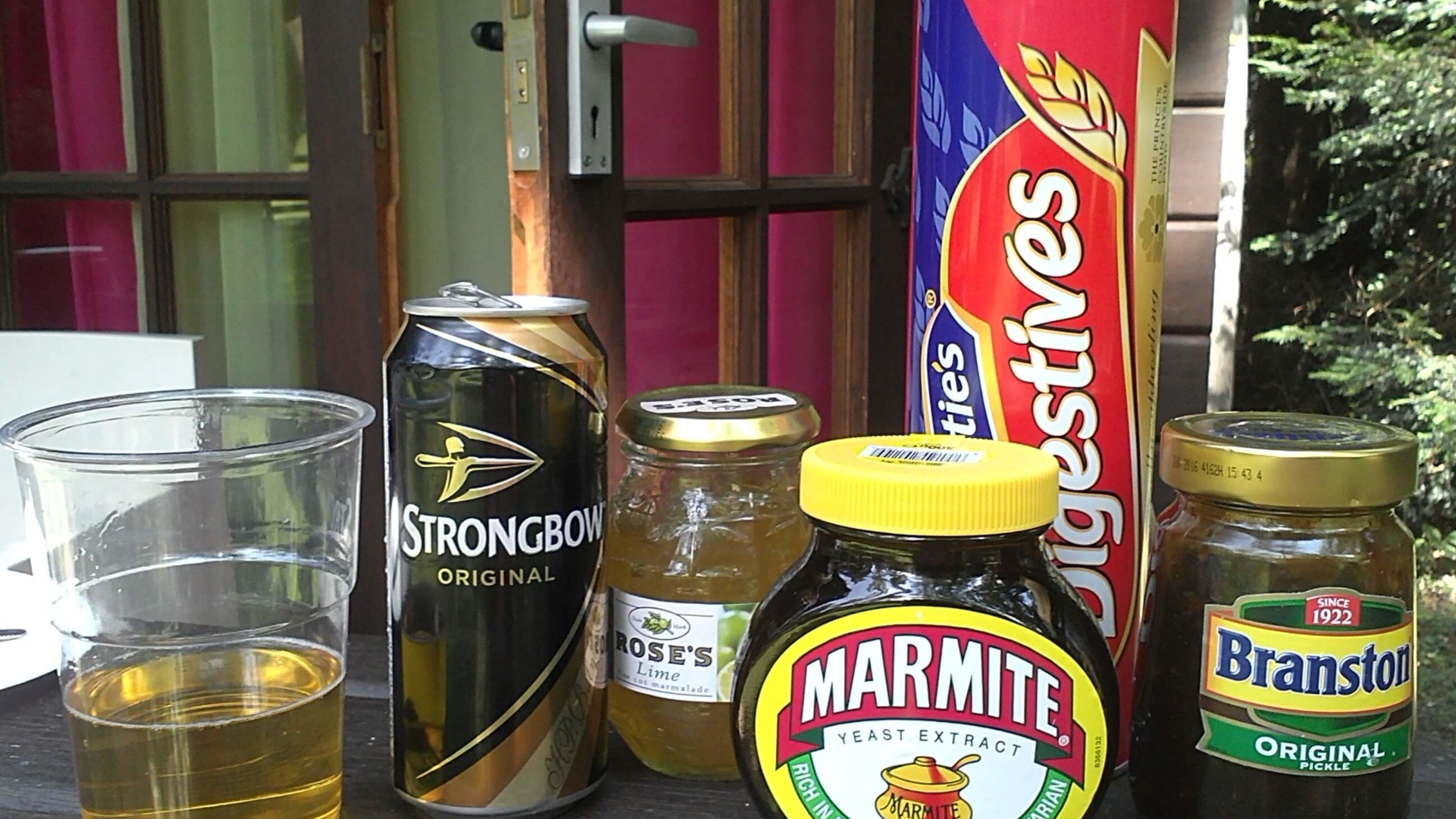 Friday, August 8th, was our 26th wedding anniversary. We had planned to walk into Longfield again today, to pick up our laundry and to have our anniversary dinner at – yes – Monroe’s.

Sadly, the weather had other plans for that day.

The rain started at about 8:00am and came down in buckets for quite a while. After that, it settled in for the rest of the day.

However, we didn’t allow the weather to dampen our spirits and spent a relaxing day reading and enjoying the hot tub.

We did resolve, however, no matter what the weather was like the next day (Saturday), we simply had to go into Longfield to pick up our laundry. After all, we were leaving very early on Sunday morning to catch the MegaBus that would take us to Paris. Yes, we were taking a BUS to Paris! Be sure to read of August 10th blog post for how we did that.

Instead of the lovely dinner fare we had hoped for on our anniversary, we had to content ourselves with a not unpleasant, but plain, dinner of sausage, chips and salad. As we said earlier, the small restaurant where we were staying had a basic, but limited repertoire. But we enjoyed it, nonetheless.

Rain Continued Throughout the Night and Into the Next Morning

We began to get a little worried about the required trip into Longfield on Saturday as the rain continued right through Friday night and was still there to greet us on Saturday morning, although with much less fervor.

It finally began to clear and just after lunch we felt it was safe to make our way into town.

While in the UK we indulged in some of our favorite British products. Some we even packed away to take home with us.

We both enjoy Digestive Biscuits and just had to get the ones that came in their own tin. These digestive tins have now become a decoration in our kitchen and, as we couldn’t resist eating all the biscuits, now hold spaghetti.

Geoff has always LOVED Marmite, so when he discovered this HUGE jar he just couldn’t resist. He decided that this was a collectors item and would lovingly carry his prized possession, unopened, all through Europe and across the Atlantic.

Sadly the Geoff/Marmite love affair came to a tragic end in Los Angeles, but you’ll have to wait until the November 3rd post to read the devastating story of how it all ended.

We had phoned the laundry to make sure they were open regular hours on Saturday and, fortunately, they were. We said we’d stop by that afternoon to pick up our laundry and they confirmed that it was ready and waiting for us. Good thing, too, because we were off to Paris the next day and we needed our clean clothes!

As our plans to have our anniversary dinner at Monroe’s last night were thwarted by the weather, we decided that tonight, our last night in the U.K., would be just as appropriate.

Although we no longer recall what it was we ordered that night, we are quite sure it was good as we never had a bad meal any time we ate there.