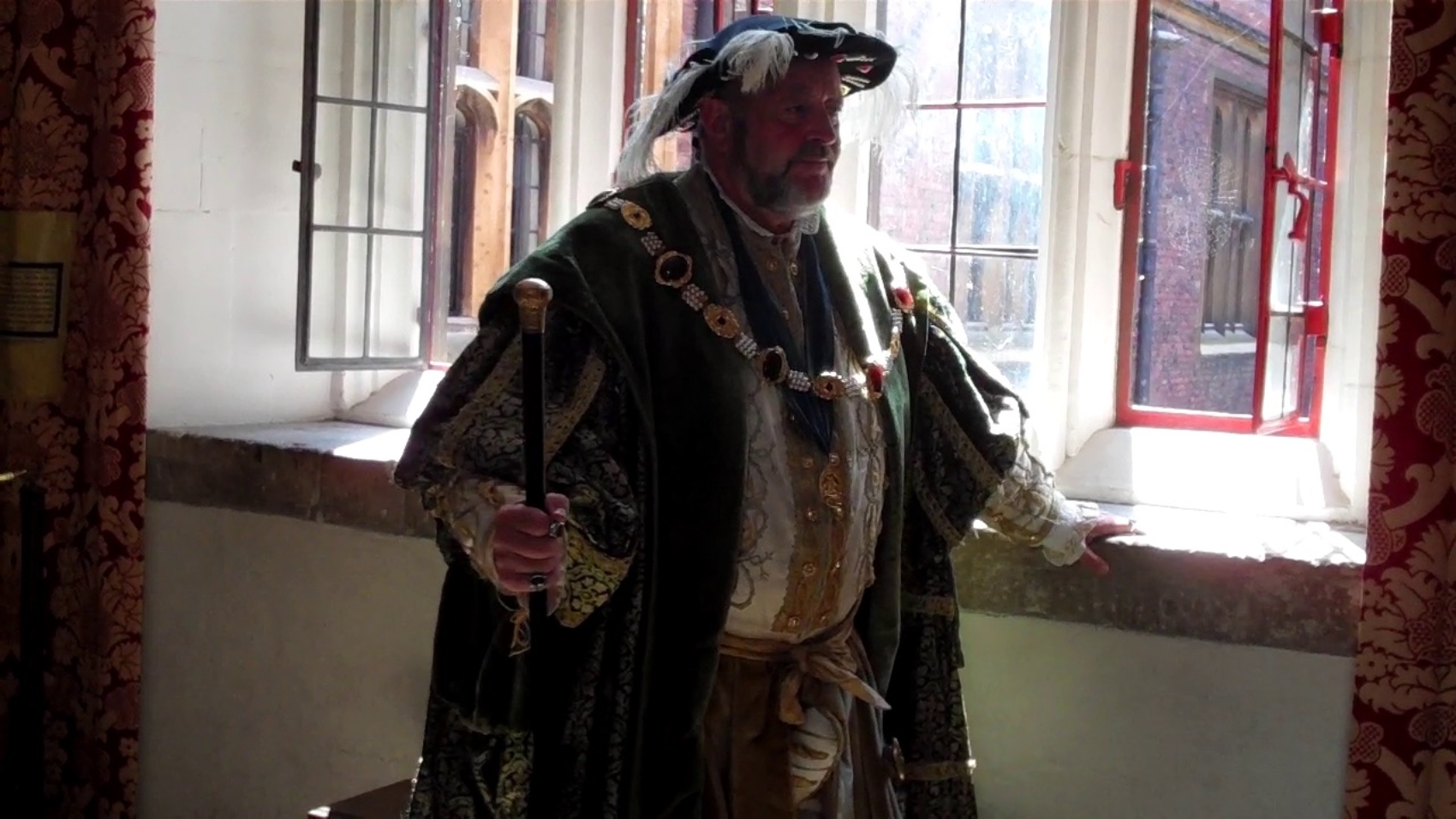 A year ago today, (August 7, 2014) we visited Hampton Court and had encounters with royalty!

Last Chance to Get Our Laundry Done

As we would be leaving the UK in just a few days – on August 10th to be exact – this trip into Longfield would be our last chance to take in our laundry and have it ready for our fast-approaching departure to France via the Chunnel.

We won’t go into the somewhat perilous walk into Longfield (oops! actually, I guess we just did). But it was without event or injury and our laundry was safely deposited at the cleaners.

With our two-together rail pass in hand, we bought our tickets to get us to Hampton Court, where we would spend the day.

It was a train to London Victoria Station, then the tubes to Vauxhall and then, for the final leg, a train to Hampton Court.

Hampton Court is just a short and pleasant walk from the train station and the entrance is very impressive.

Once we had arrived at Hampton Court, we needed to queue up in order to get our official tickets to actually enter the court.

There was, of course, the obligatory gift shop – for your convenience as you wait.

Hampton Court has some competing architecture. That happened because it was first started by Henry VIII, but when William & Mary came to the throne of England, they had different ideas and built to their tastes.

Originally, they had planned to undo everything Henry had done and replace it with their own vision. Fortunately, it was prohibitively expensive to pursue such a goal, and much that Henry built has survived, along with what William and Mary built.

While wandering the myriad halls of Hampton Court, we had the distinct pleasure of coming across Henry VIII discussing, I believe, one of his women, and what he needed to do about her.

His minister, who was walking along with him, was trying to be as helpful as possible, but Henry seemed particularly distraught. We all watched with fascination as they worked through their problem before wandering off down the hallway still deep in conversation.

It was a truly amazing experience with Henry and his minister staying in character for the entire encounter. It was fascinating to watch and to listen and to feel like a part of history.

And, as luck would have it, this would not be our only encounter with royalty while at Hampton Court.

The gardens at Hampton Court are – in a word – amazing! Perfectly manicured, incredibly tranquil and totally enjoyable.

We happened upon some of the groundskeepers and were able to chat with them for a while. Needless to say, upkeep of such extensive gardens is a full-time job, but what a remarkable result. Obviously a labor of love more than just a job.

Naturally, we did the maze as well, expecting full well to get lost. We understand that there are people available to lead you out if you do, indeed, get lost.

However, we didn’t actually find the maze that difficult and were able to get through it in a reasonable time.

Our Second Encounter with Royalty

Our second encounter with royalty happened while we were walking in the gardens.

George II and his minister were ambling along a path, discussing matters of state, we presume. We were able to approach them and speak to them both for quite some time.

Again, these actors remained totally in character the entire time and provided us with an unforgettable experience and memory of our day “at court”.

To top off the day, we finished with yet another dinner at our favorite restaurant in Longfield – Monroe’s.