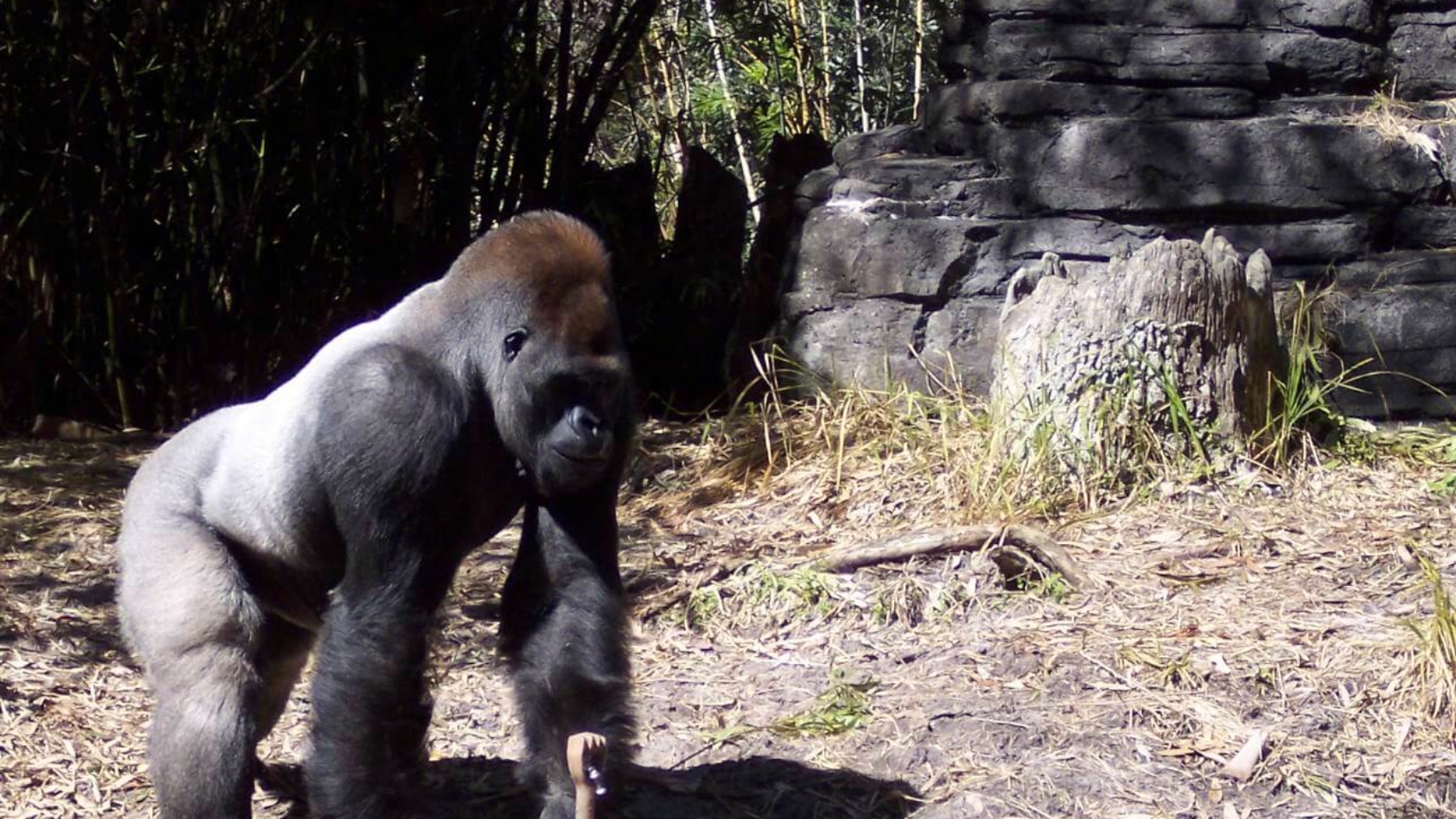 Beautiful sunny day. Light jacket cool, but a cloudless sky – so we don’t expect any rain.

We have been to the Magic Kingdom and Epcot on previous Disney visits, so for our last day we chose Animal Kingdom and kept our fingers crossed that it would not be as disappointing as Hollywood Studios.

If you plan to visit, don’t forget to budget an additional $14 a day for parking on top of whatever you pay for admission.

The animals in Animal Kingdom are all in the Safari area of the “Africa” section. This is the furthest point from the entrances and is where we headed first. We had been told by staff at the resort that the animals were most active in the morning and it was best to get there early.

I guess a lot of people had been given the same advice because there was quite a few ahead of us. They moved everyone through fairly quickly and the wait was not too bad.

We are not fans of zoos or circuses where animals are in cages but here they roam free and seem to have lots of room. We understand that elephants in the wild will roam hundreds of miles which they obviously cannot do here but they also don’t have to worry about being shot by poachers.

The animals here have absolute right-of-way and if one decides to stop in the middle of the road, the whole ride stops until it decides to move. This is what happened to us and we were able to enjoy a giraffe family at breakfast. A little later we were charged by a rhinoceros but, unfortunately, I did not get a picture of that.

The Africa section also includes a train ride to the conservation station where the animal receive veterinary care. The kids will enjoy the petting zoo here. We were also lucky to get up close to some gorillas on the walking trail.

Asia is the next section and it also includes a walking trail past tiger, bats and Komodo dragons.

We passed on the Kali River Rafting ride as they guaranteed you would get wet and it still wasn’t very warm.

We did, however, waste about 90 minutes in a line for the Expedition Everest Coaster. Waiting more than 10 minutes would have been a waste of time.

Worth mentioning is the “It’s Tough to be a Bug” 3D movie underneath the Tree of Life on Discovery Island. 3D movies are commonplace now but this is cute and has some co-ordinated animatronic characters and other effects.

Animal Kingdom closes before the other parks so they can take care of the animals. So be sure to plan your day accordingly.

So, yes, Animal Kingdom is much better value than Hollywood Studios but the prices are still too high for what you get. With the world economy in the dumper postponing a trip to Disney World should be a pretty easy decision.

That’s it for Orlando. Tomorrow we make a quick side trip to Bike Week at Daytona Beach, then home to Eleuthera.