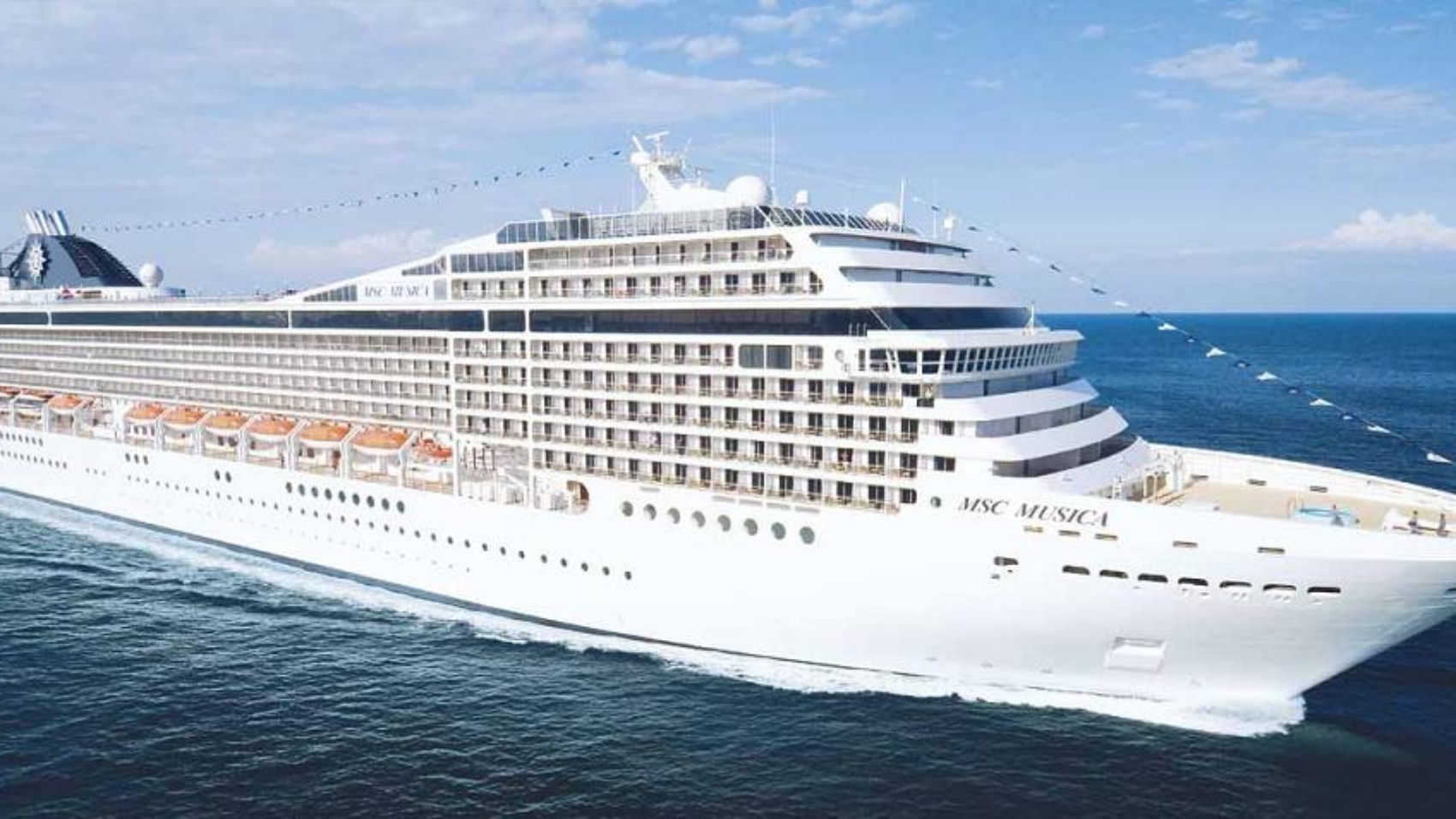 by Vicky Wells
with no comment
EuropeGeezers In GearGreeceItalyTravel and Leisure

Current Location: On Board the MSC Musica – Bari, Italy to Katakolon, Greece

Checking in at MSC Cruise Lines

As T & E needed to drop off the rental car, they dropped us, with all the luggage, at the entrance to the docks just after 9:00am. We planned to meet the back at the same place at about 11:00am.

We had seen, the day before, a sign for a laundromat at the dock entrance gate and assumed it was somewhere in the area. We all needed to do some laundry. The plan was for us to get the laundry started while T & E returned the rental car and grabbed some breakfast.

After several inquiries and, of course, a language barrier, we determined that the laundromat was nowhere near the docks. So much for the idea of doing some washing.

Rather than just wait around until T & E got back, we decided to find the check-in desk for MSC. It was a bit of a struggle as we had everyone’s luggage with us, but we made it. As we waited for the luggage check-in desk to open, 11:00am was fast approaching.

I didn’t want T & E to arrive at the agreed meeting point and not know where we were, so I left Geoff with all the bags intending to be back shortly with T & E.

Geoff was certain we’d be able to check the bags very soon and suggested I wait, but I was concerned that T & E would not know where we were. So I set out to meet them.

After waiting for almost half an hour, I decided to give up and head back to where Geoff was. I had just started back and there he was.

Just moments after I had left, MSC opened the luggage check-in counter and Geoff checked in everyone’s luggage.

We both headed back to the café at the corner, bought some coffee and waited for T & E.

They showed up well past noon, hot from a long walk in the sun. Apparently the train station was not where the rental car was supposed to be returned, so it took extra time to find the correct place. They then stopped for breakfast on the way back and opted to walk from there rather than take a bus or a taxi. All we managed to have for breakfast that morning was some stale pastries at the hotel and a cup of coffee while we waited for them.

It didn’t seem to occur to them that we might have been worried because they were so late. None of us were traveling with cell phones, so we had no way of knowing why they were delayed.

T also asked if I had gotten the laundry done. Well, I knew he didn’t mean it the way it sounded, but for a split second I kind of felt like staff. But, as I said, I’m sure he didn’t mean it that way, so I simply explained that the laundromat we were hoping to use was not even in the area.

Geoff then explained the balance of the check-in procedure at MSC and we all headed to the cruise terminal to get checked in and on the ship.

Once through the check-in process we were able to board the ship.

The MSC Musica is a very large and really beautiful ship. Our stateroom, located at the back of the ship, or rather the stern, was fantastic. Quite large, with sliding glass doors onto a balcony!

Our luggage hadn’t been delivered to the room yet but we weren’t worried. We knew they had lots to delivery and we’d get ours eventually.

With a spirit of adventure we started to explore the ship.

At about 6:00pm the ship’s horns sounded and we were underway. Next stop – Katakolon, Greece!

As we had opted for the late dinner seating, which was at about 8:45pm, that meant we would go to the early entertainment at 7:00pm.

Tonight it was a magic show. We both enjoy magic shows so we were looking forward to tonight’s entertainment.

Really, it was more about posing and waiting for applause than it was about illusions. Not the calibre of entertainment that we’ve seen on North American cruise ships. Hopefully tomorrow evening’s entertainment will be better.

This evening’s dinner was lovely and had many, many courses. With several choices for each course it was easy to choose something we liked, right down to dessert.

One of our first surprises at dinner was that you had to purchase bottled water if you wanted water with your dinner. We are used to cruise ships charging ridiculous amounts for wine with dinner, which we never get, but charging for water?

Fortunately our fare included coupons for bottled water (we were wondering why), enough for one bottle at each dinner. We just accepted that this was a “European thing”.

However, after dessert we asked for a cup of coffee and were told that if we wanted coffee we would have to go to one of the bars on board and pay for it.

This hit a sour note with us, as we enjoy a cup of coffee WITH our dessert.

Again, we couldn’t help but compare such things with what we expect, and receive, from North American cruise lines.