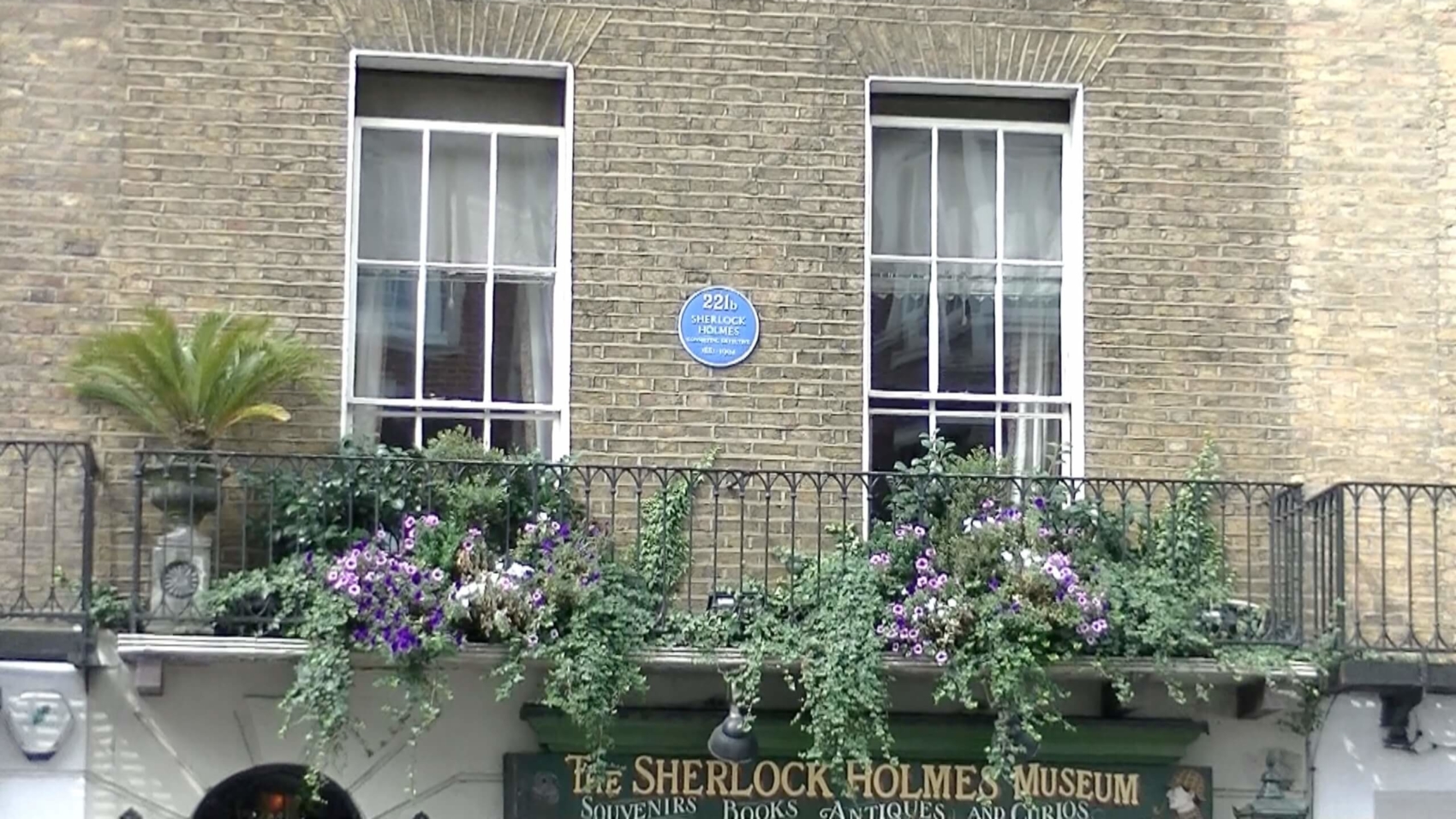 by Vicky Wells
with no comment
2014 Mega TripEuropeUnited Kingdom

A Full Day of Visiting Many Sights in London

As has become our habit, we once again walked into the train station in Longfield, a mostly pleasant, but sometimes harrowing forty-minute walk. But we’re still here to tell the tale and, tickets in hand, once again made our way to Victoria Station.

This time, however, we purchased a day pass that would allow us not only to use the rail system but also the underground and bus system, for the entire day. As we planned to cover a lot of territory, we felt this was a wise purchase.

We arrived to see a long line of people waiting to get in to see the apartments. We actually had no desire to look inside. I was certainly just glad that I was able to find it.

It’s not actually where 221B should be – between, say, 221 and 223, so we got a little confused as to which way we should go on Baker Street once we exited the Tubes. But we managed to find it anyway and take a few photos.

I am now happy to say that I have made my pilgrimage to the home of Sherlock Holmes.

From the fictional home of Sherlock Holmes, it was not a long walk to Selfridge’s.

We actually got a lot of information about this game-changing department store from a TV series, starring Jeremy Piven (one of our favorite actors).

Neither Geoff nor I knew that the person who built Selfridge’s was actually an American and forever changed how shopping was viewed in England.

The store is HUGE and I don’t think we even came close the seeing all of it. That seemed a rather daunting task.

I have always found prices, of just about anything, rather expensive in Europe, but the prices in Selfridge’s were simply astronomical. I couldn’t even bring myself to buy a small memento of my visit because I thought things were so overpriced.

But still, it’s an amazing place to visit.

Harrods was our next stop and, at this establishment, from everything that I’d heard, I expected ridiculously opulent merchandise and equally ridiculous prices – and I was not disappointed. As with Selfridge’s, there’s a lot of history attached to it.

If you go, make sure you see the Egyptian escalator and the statue devoted to Princess Diana and Dodi el Fayed.

Continuing on, and making good use of our day pass, we visited the Marble Arch at one end of Hyde Park.

It was time for lunch, and a bit of a break, so we wandered into a Sainsbury’s (grocery store) just across from Hyde Park and bought a couple of savory pastries and something to drink.

We then settled down on a bench in Hyde Park and enjoyed an al fresco lunch and a chance to just sit and relax for a bit before continuing our explorations of London.

Hyde Park is also the location of London’s famous Speaker’s Corner where anyone can talk about anything they please.

We found the exact location but there was no one espousing their views that day.

Greenwich And The Cutty Sark

Another hop on the Tubes (underground/subway) and we were off to Greenwich and the preserved Cutty Sark, last of the China Tea Clippers.

I’m afraid my luck was of the “bad” variety when we boarded the underground to head for Greenwich. I didn’t realize it immediately, but apparently I had chosen a seat where some had spilled coffee. These seats are upholstered, so it wasn’t immediately obvious there had been a spill like there would be if the seats had only been hard plastic like those found on my subways – in Canada, at least.

I didn’t actually realize it until we got up to exit at our Greenwich stop and then felt that my bottom felt a little odd – and damp!

Geoff confirmed that you could, indeed, tell that my shorts were wet. Somewhat embarrassing.

We stopped into a pub, each ordered a cider, and sat until my shorts dried somewhat and the stain was no longer visible.

Actually, I guess I can be grateful that it was just coffee on the seat (at least it had a decidedly coffee aroma to it, thank goodness). I suppose it could have been worse.

After I was less damp, we continued with our outing.

The Cutty Sark was another of the attractions that offered a two-for-one admission if you had the coupon (available online and printed out) and a rail ticket for that day. Which, of course, we did!

The ship – the original ship restored – not a reproduction – is actually suspended and the lower portion of the hull is surrounded by glass that creates a roof over the displays and cafeteria BELOW the ship.

There are also several interactive displays within the ship itself, explaining the history of it’s voyages and how it came to be in Greenwich.

By the time we got to Greenwich and the Cutty Sark, it was late in the afternoon. We could have bought a combined ticket for both the Cutty Sark and the Greenwich Observatory, but we didn’t have enough time left to be able to get to the Observatory, which was a shame because we really would have loved to see that, too. Perhaps on our next trip to London.

Back to Longfield – Sort Of

Neither of us is quite sure how it happened, but we obviously picked the wrong train back to Longfield.

Oh, it was going in the right direction, but it must have been an express, or something like that, because it blew right past Longfield taking us into uncharted territory.

We got off at the next stop (Rochester), checked the departure board and found the right platform for the train that would take us back to Longfield.

We explained to the train’s conductor, who was coming around to check tickets, the error we had made and she just smiled, knowingly.

While we are vegetarian most of the time, it can sometimes be difficult when eating out. So this time we chose the carvery, had a little bit of meat and piled our plates high with the veggies.

There were also sauces and gravy available as well.

The food was good and the prices were reasonable, which is why Monroe’s was quickly becoming our favorite restaurant.